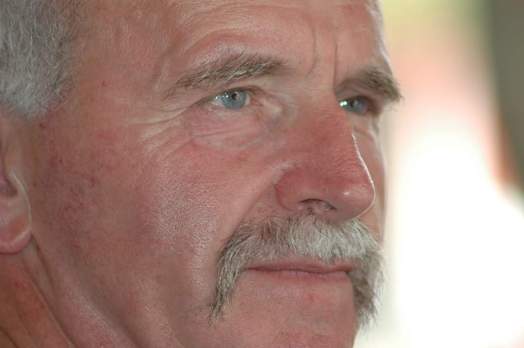 My comrade and friend Kevin Keating died on 8 May following a diagnosis of Glioblastoma in March last year.  He had asked me to say a few words at his funeral but circumstances did not permit this.

Instead I submitted a few personal words to his wife Anne, but I now write about the political example that Kevin’s life embodied.

The two are not separate. Kevin’s qualities as a person are integral to a political appreciation.  He was warm and kind, as prepared to listen and learn as he was to speak and teach.  His honesty and integrity were fundamental to his political beliefs and practice, so that he recoiled from the cynicism and hypocrisy that characterises much left political practice.  His political commitment was without any personal calculation and arose spontaneously from his revulsion against oppression and his belief that there was a socialist alternative.

His history of political activism shows that this was a consequence not of opposition to any particular oppression but was motivated by universal opposition to all oppression.  It developed into an abiding commitment to Marxism as the only politics adequate to ending all exploitative and oppressive social relations.  It was evidenced in his youthful radicalisation and his participation in international solidarity movements; more recently his support for abortion rights in the Repeal the Eighth campaign and in his opposition to clerical control of the new National Maternity Hospital.

He was born into a working class area of South Dublin and drew his developing political views from this background – his position as a young apprentice in a militant working class – and from the experience of working class revolt that had spread across the world in the late sixties and early seventies.

He briefly encountered the Young Socialists in the early 1970s, and after Bloody Sunday in 1972 he joined the Republican Movement.  He left that movement due to misgivings over its secret negotiations with the British State and the exclusion of the rank and file of the movement, not only from any input into them but full knowledge of their conduct.

As he notes in an interview with him here not long before he died, this was not the only time the Republican Movement involved itself in secret diplomacy, always to the detriment of the struggle its volunteers were engaged in and the people it claimed to be fighting for.

Kevin later joined Peoples Democracy at the time of the republican hunger strikes, convinced that it provided the way forward for the campaign for political status and the struggle in the North.

While many members of Peoples Democracy subsequently left that organisation for Sinn Fein, believing that anti-imperialism meant defending republicanism which meant supporting republicanism, Kevin was convinced of the correctness of his move to Marxism, a journey very few took before or since.

This commitment to socialism has been described as inspirational by his comrades, while the modesty with which he defended this commitment has also been recalled.  The two are not unrelated.  Kevin inspired because of his modesty, a quality he had despite the rarity of his journey and the perspicacity of his political judgement.

I still remember his criticism of the politics of much of the Irish left that, just like Oliver Twist asking for more, this did not mean seeking the end of the workhouse system.  As Karl Marx once said “Instead of the conservative motto, ‘A fair day’s wage for a fair day’s work!’ they ought to inscribe on their banner the revolutionary watchword, ‘Abolition of the wages system!’”

This modesty made him his greatest critic, never content with received wisdom and always open to learning.  He neither forgot the world-wide radicalisation of the period in which he became politically aware, nor did he simply believe it would return in the same form.  He never looked back from his departure from republicanism but neither did he renounce opposition to partition, imperialism and its division of the working class.

He never denied defeats, but never disallowed that victories were possible.  His certainty about Marxism did not prevent him acknowledging problems, from asking questions and seeking answers.  His physical courage so evident in his political activism, and his living with cancer and its horrendous treatment, was matched by an intellectual courage that was not afraid of listening to the views of others.  He was not dogmatic but still remained committed to the fundamental ideas of Marxism.

My fondest memory was when we spent a week together at a World Congress of the Fourth International, spending hours walking and talking in between sessions about the issues being debated.  For him no authority, and especially of those in working class and socialist organisations, was beyond questioning or criticism. In fact, they, above all, were to be subject to them.  This is what working class organisation was all about.  Why republicanism was to be rejected, why trade union bureaucracies were to be fought, and why socialist organisations should be models of free debate and criticism.

An Australian at the World Congress told us that Bruges was a short distance away so we decided to take a day away from the congress and take the tram and train instead.  It was extremely cold as we walked the cobbled streets of Bruges, which ‘forced’ us to go into one of the many pubs for a drink.  We decided to take turns buying a round and to get a different drink at each round.  Because we were in Belgium the bar had dozens of different beers of all prices and strengths.  One round would cost a fortune and the next one would be cheap.  One would taste like diluted water and the next one would blow your head off.

It is as a friend that I will miss him most but also politically.  As I normally sit down to write a post on this blog the person I would think most often of as my audience, whose opinion I would anticipate and consider most intently afterwards, was Kevin’s.  His lifetime commitment to socialism was well encapsulated by his choice of song at his funeral, Phil Och’s ‘When I’m Gone’ –

Can’t add my name into the fight while I’m gone
So I guess I’ll have to do it while I’m here.

In life, so now in his death, he has inspired his comrades to continue to dedicate their lives to the struggle for socialism under the banner of Marxism. “Life is beautiful. Let the future generations cleanse it of all evil, oppression, and violence, and enjoy it to the full.”