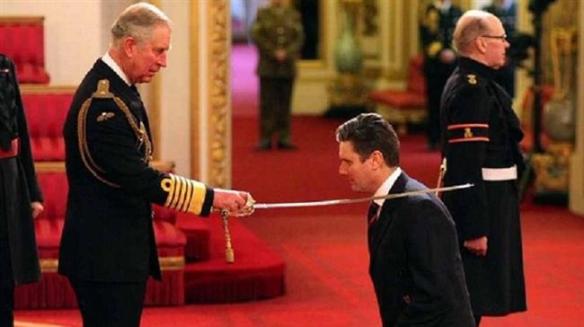 The suspension of Jeremy Corbyn for daring to state an opinion, and one that accords with the facts, is a provocation by the right of the Party.  Corbyn is obviously a much diminished figure since he ceased being leader, and the very limited revolt of left MPs in opposition to Kier Starmer’s support for the right of agents of the State to murder and torture show that his failure to democratise the Party has weakened the Left.

What this implies is that the target of the disciplinary action is not so much Corbyn as the mass membership who were inspired by him becoming leader and promoting the policies that he did.  That you can be suspended for simply expressing an opinion that happens to be the truth is obviously a weapon that can be used against anyone who thinks the truth is important.  It’s ironic that it is a former Director of Public Prosecutions who is leading the witch hunt, not perhaps surprising to those of us who consider the State he served in such a senior position is a weapon of the ruling class.

Opposition to this State comes naturally to socialists from the North of Ireland who have long ago been accustomed to agents of the State getting away with murder; but it does make a difference that they are actually sanctioned to do it by law, and important also that the so-called Party of the working class in Britain votes in favour of it.

So if the right wing of the Labour Party decides to provoke the left – what is it provoking it to do and what is the objective if Corbyn and left MPs are clearly too weak to be of any real obstacle to its plans?

This can only be the defeat and expulsion of the left membership inside the Party.  The election of Corbyn to the leadership obviously came as a shock to it and to the British establishment more generally, and both don’t want it in place in any strength with the potential to do it again.  In fact, even if there are other methods to neuter the membership, the right wing of the Party is as opposed to socialism as the Tories and since the largest grouping of socialists in Britain is within the Labour Party a key objective is to shatter this potential base of socialist opposition.

So if this is the plan, what should the response of the membership be?  Should it be to stay and fight?  And what would be the objective of such a fight?  Or should it be to leave and set up another organisation?

Support from the second alternative comes from those who have always said that the Labour Party can never be reformed and will always defend the fundamental interests of capitalism.

In this case the question has to be put to them, at least to those who are members of the Party, what are you doing in it now?  Why, if this is true, did it not exclude you permanently from membership before now?  Does this not mean that there are some other grounds for membership?  And what would these be except that revolutionary socialists can be part of a mass phenomenon that has the potential to be organised and radicalised in a much more significant way than creation of yet another small radical left organisation?  Given past experience, one that will only parrot left reformist politics while failing to garner enough support to be relevant to the mass of the working class?

Some members will no doubt be demoralised by this turn of events, having rallied to the Labour Party because of Jeremy Corbyn becoming leader and the possibility of him leading a left Government.  But these people have just had an object lesson that significant progress and socialism will not be delivered to them from on-high, or from anywhere else, but only from their own organisation and activity.

They have been taught that the Labour Party is not democratic and a fight is needed to make it so, which can only come from the inside.  They have learnt that the right-wing of the Party is not on the same side as them and that appeals for unity that were ignored when Corbyn was leader will similarly get nowhere now Starmer is pulling the strings.  They will realise that it is the intention of the right of the Party that they should no longer be in the same movement.  The purpose of the provocation is to shatter the left by silencing and expelling it.  If this is the objective what purpose – whose purpose – does it serve by leaving the party or even making it easy to be expelled?

So, to return to the first alternative – should the left in the party stay and fight and what should be the objective of remaining in the Party in the current situation?

Given the accumulation of a mass membership it should be clear that the objective must be to defend its current position and oppose resignation and expulsion.  This should be the first task.  The alternative is to leave and set up an alternative and rival organisation.  The history of such organisations is not a good one and those that exist are by and large sects that have proved incapable of containing even a narrow spectrum of opinion within their ranks, never mind the current political heterogeneity of the left membership of the Labour Party.

Whatever can be said about the political weakness of much of the left membership from a Marxist point of view, there is no reason to believe that it does not faithfully reflect the leftist working class support outside the Party.  The so-called revolutionary left usually acknowledges this, without acknowledging it, by presenting itself as left reformist when it organises in its unity projects or goes before workers in elections.  Thinking that, alternatively, this failure can be overcome by adopting a revolutionary programme will leave any organisation small and fixated on getting their programme right, which translates into splits.

More fundamentally, a programme without the working class is an idea searching for a reality; in this case a small number of revolutionary militants searching for a working class membership that ignored, if it was even aware of, its previous left projects and joined the Labour Party.  This membership was right to do so, so there is no reason to expect it to rally to their banner now.

So the objective of this fight is to resist attempts at expulsion and to remain alongside the hundreds of thousands of members in the fight to learn the lessons of what is going on – the lessons as set out above.  This means the left must organise to resist the expulsion of Jeremy Corbyn and any other member – success will be preventing this from happening.

How this is done is for the members themselves and those much more in tune with what is possible than I am, but at a general level what it means is that socialists have to know how to retreat and how to defend their position in the Party by defending their membership.  If they think it’s about an opportunity to create a genuine mass socialist party then they have misread the situation completely and will play into the hands of the right.

Lenin said that it ‘is an incontestable truth’ that ‘communists must exert every effort to direct the working-class movement and social development in general along the straightest and shortest road to the victory of Soviet power . . . but it is enough to take one little step farther – a step that might seem to be in the same direction – and truth turns into error.’’  As he goes on to say, sometimes it is necessary to take conciliatory manoeuvres and make compromises.

If this sounds like selling out then those thinking this must not be able to conceive how in current circumstances it is possible to take this sort of action, how to take a step back, how to make a retreat that prepares for future advances.  Those who reject this approach may sound very revolutionary but what they are proposing is anything but.  Corbyn made an absolute blunder by accepting the slanders about anti-semitism in the Labour Party and he, and we, are paying the price for it.  So, now that the going has gotten very tough the tough have to stay and fight.

6 thoughts on “Socialists in the Labour Party – should I stay or should I go?”