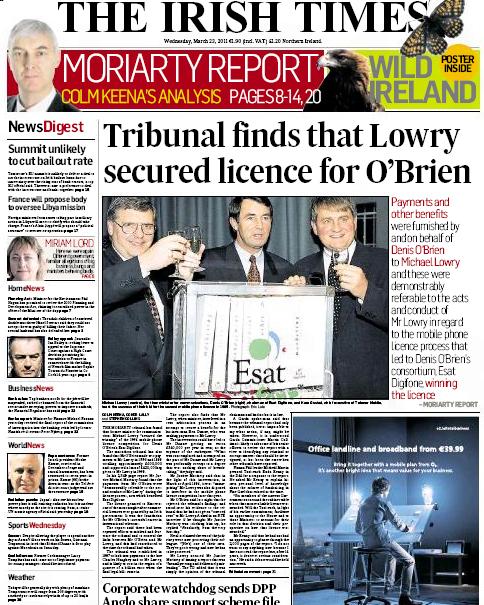 I have tried to answer this question in the last post by setting out that the form the state takes is an expression of its role in resolving class conflict according to the rules of the capitalist system.  The rule of law performs an ideological role by disguising the rule of people, a particular class of people.

The capitalist state is adept at hiding its class nature as does the economic system itself because the rules of the state are universal in the same degree as the laws of the capitalist economy.  To challenge either is to invite economic, social or political collapse – unless one has a real, practical and concrete alternative.

Presumably as the state becomes more democratic it reflects more and more the interests of the majority working class within society and if this were the only distinction between their view and that of classical Marxist then it might be argued that there would be differences only of terminology and views on the possibility of such democratisation.

Unfortunately this is not the case because their view of a democratised state leaves out the essential content of workers democracy, which because it is the rule of the vast majority of a class whose interests lie in the abolition of all oppression and exploitation, leads not to the perfection of the state but to its disappearance.

So the answer to their question is Yes, the “form [of the state] in the advanced capitalist countries is . . . antithetical to socialism [so] that it is of little use in the project of socialist transformation.”

Much of the functions of the present state, such as education, would no longer belong to the state proper but would be functions of society.  Other functions would also be abolished in their present form such as the standing army and become a workers’ militia staffed by workers for short periods.  Hierarchical structures would be reduced and eventually eliminated while those at the top of certain functions would be elected and thus cease to be directly accountable parts of the state but an accountable part of the wider society.

Such a state that immediately begins to wither away is incompatible with the existing state which distinguishes itself by characteristics that are precisely opposed to these.  The capitalist state stands above and apart from society, apart from its ‘vested interests’, and prides itself on its hierarchical and bureaucratic character, its rules, its procedures and pure administrative logic.

Its staff pride themselves not on what they have in common with wider society but their professionalism that separates them from it.  Its representatives, elected and non-elected, require ‘adequate’ remuneration so that they aren’t vulnerable to corruption from it.  Their position must be insulated from popular pressure especially in choreographed periodic elections when extra care must be taken by the non-elected through entering a period of purdah and the elected have a few weeks in which to attempt to manipulate political debate.

Such a state can only be separate and stand above and apart from society because society stands apart from the functions of the state.  This can only happen when society is characterised by the ownership of its productive powers by a small class and by the existence of a much larger class without ownership of any productive property and thus in little or no position to assert rights or interests within society or have them reflected by the state.  If the latter did the state would disintegrate through the struggle of incompatible interests.

Thus whatever impact working class struggle has on the workings of the state it is relatively minor and certainly cannot transform it into a mechanism for advancing the socialist project.

Where the productive powers of society, including its factories, offices, warehouses, transport, hospitals and schools are the collective property of society and controlled and managed by its members the possibility exists for the functions of the state to merge with this society.  Under capitalism no such possibility exists.

This is why the alternative democratisation proposed by Mendel-Gleason and O’Brien, of the state becoming the tool for the socialisation of production, does not succeed.  Even by doing so it does not cease to stand above society, above the working majority, who continue to work for it and not for themselves.   The state cannot therefore socialise society as it ‘socialises’ production.

The Stalinist states, the capitalist states, and the workers organisations in capitalists countries are all evidence of the incompatibility of bureaucracy with workers democracy.  Elsewhere in their argument Mendel-Gleason and O’Brien recognise this but unfortunately the logic of their position compels them to propose the employment of bureaucracy to extend democracy within the existing state.

I am reminded of the quote by Lenin, exasperated by the growing bureaucratisation of the new workers’ state: “If we take Moscow with its 4,700 Communists in responsible positions, and if we take the huge bureaucratic machine, that gigantic heap, we must ask: who is directing whom? I doubt very much whether it can be truthfully said that the Communists are directing that heap. To tell the truth, they are not directing, they are being directed.” (Works, vol. 33, page 288, our emphasis)

The working class is now more cultured than was the Russian working class of the 1920s but the state bureaucracy is now also much larger.  Besides the impossibility of steering a large bureaucracy to democracy, why would one want to? Surely the task is to remove bureaucracy in the way described by Marx and removing functions from it to be democratically run by the workers as part of the rest of society?

The strategy of Mendel-Gleason and O’Brien to achieve such democratisation of the state through a political party seems wilfully to ignore the lessons of the degeneration of the Russian revolution.

Their proposals do not undermine bureaucracy but are inevitably built on its own principles since it is the state which they propose must be at the “centre” of democratisation.

So, for example “the state could mandate various banks to invest according to certain criteria which have won support through the majority socialist party.”

How could the state mandate the banks in any sort of sensible way as to how or where to invest?  What rules, which the banks already have, would they devise and bring to bear that those seeking money would not then present in a tick-box manner simply to get the money?  The lending decisions of the banks would therefore have to be monitored.

The decision of where to invest would now involve two parties where previously one existed.  But it is argued that it is the socialist party that will know what these rules should be although how a political party will know this is a mystery.  So we actually have three parties involved now where one existed before and we get more bureaucracy.

What we don’t get is any idea that workers taking control of production should establish their own banks and, being directly involved in production and finance, might have a better idea about where to invest.

But no, it is the state “by using its legislative and judicial functions in a pro-labour way . . . which promotes workers’ self-activity.”  As an example they argue that a bureaucratic ‘independent’ judicial process must decide whether workers can take over their workplace and create a cooperative enterprise.

“Workers would not be handed the products; the socialist militants would still have to persuade the workers in each enterprise to seek their legal right. Independent jury tribunals can decide in these and other cases between employers and workers. Assuming the juries are randomly selected, as they are now, then the working class will make up its majority, thereby facilitating pro-labour judgments. Of course, if the tribunals were to return consistently anti-labour decisions, we would have good evidence that support for socialisation was waning.”

Everything I have said about bureaucratic rules and the supposed independence of the state is employed to enforce dependence of workers on the state even when they seek to establish their own ownership of production.

Again the idea that workers should be free to establish their own cooperative production free from state interference seems alien to this idea of a rules-based socialism; for what is more rules-based that judicial proceedings where those with the greatest resources (the capitalist) argue and frustrate those with far less resources?  The reality of class justice in current society, which also has working class juries, seems to be lost on Mendel-Gleason and O’Brien.