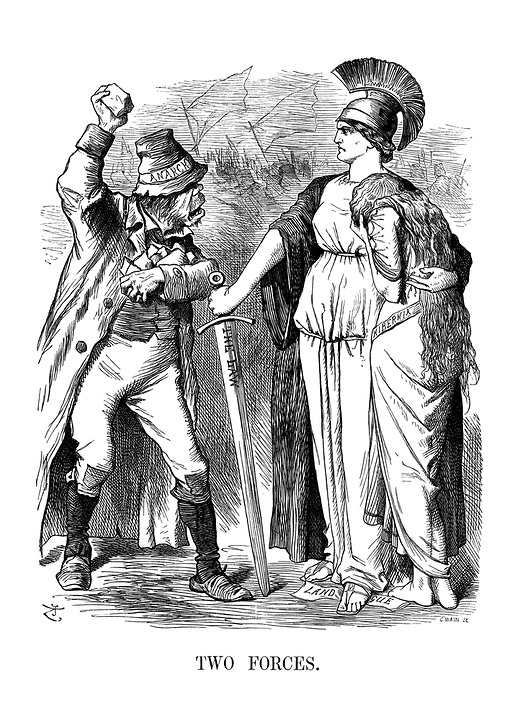 In the last post Boffy alerted me to a debate he has had on imperialism, the last few comments of which brought up the question of Ireland and its relationship to imperialism, and it is on this I want to make a few remarks.

He asks – “Does Ireland today conform to the ideas portrayed in Lenin’s “Imperialism, of a colony? Has development in Ireland been held back, by foreign investment or has it been advanced?”

On the first question the answer is partly yes – at least the North-East of the country, Northern Ireland – is a colony.  It is a part of one country ruled by a larger foreign neighbour that has not been integrated into the larger conquering territory, witness the howls of rage at the DUP supporting a Tory Government when not the slightest notice is taken when this Party is lauded for peacemaking in Ireland by being in government.

A settler-colonial population has historically claimed superior social and political rights over the native population, including most importantly, the claim that it needs a separate state because the native Catholic Irish cannot be trusted not to discriminate against Protestants the way Unionist Protestants have discriminated against them.

Sectarian social and political practices have been carried out that have been variously allowed, sanctioned and enforced by the British rulers.  When resistance to this erupted, the British State employed its superior force, armed the local settler colonial population and facilitated some of the worst sectarian atrocities by paramilitary thugs based in this population.  In the worst period thousands of Catholics moved in order to escape potential pogroms.

Even today the marking of territorial conquest is expressed through segregated residential areas with flags flown and footpaths painted to denote sectarian control.

A lot of this is widely recognised but the label colony is avoided in order to legitimise the role of the British, the role of the colonialists and the role of the erstwhile resistance to this British rule which has now accepted the partitionist framework.  It is also less easily appreciated because the native population are white West Europeans and could not have been, and generally have not been, subject to the barbarity of darker skinned native populations in other parts of the world.  The Great Famine, an Gorta Mór, is a major exception.

An English leftist, working for a while in Belfast in the 1980s and attending a meeting, noted that the ‘war’ that was taking place was indeed ‘low intensity’ and comparatively few people had or were being killed.  It was noted by a comrade of mine that while this was true the conflict was remarkably prolonged and protracted.  The two are undoubtedly related, but it is also the case that the North of Ireland is a small place and scaled up the scope of the violence looks less meagre.

But for all the reasons that the North is a colony the Southern Irish state is not.  It is as independent a state as any small Irish state could be.  As I have noted before, the last trappings of foreign British rule, including the oath of allegiance to the British monarchy and ownership by Britain of certain Irish “treaty’ ports, is history.

Some ‘anti-imperialists’ reject this level of independence and want a ‘real’ independent Irish State, one that can only come from being what is called a Workers’ Republic.  In fact, behind this ideal of ‘real’ independence lies Stalinist notions of state socialism, which involves nationalist politics and nationalisation, in other words it is much more likely to involve state capitalism.

What it isn’t is socialism and a Workers’ Republic.  It’s also utopian because there can be no independence, in the sense of a self-determining autonomy, for an Irish State within globalised capitalism.  It also has no support, as the tiny level of support for the Irish State leaving the EU demonstrates.  As for a real Workers’ Republic, it will enjoy much greater integration and unity with its neighbours than the current Irish State, so if you’re supporting socialism in order to be a ‘real anti-imperialist’ and have ‘real independence’ you’re backing the wrong horse.

These considerations matter for the approach of Irish socialists to the fight for socialism.  Whoever thinks that anti-imperialism is the banner under which to organise the whole Irish working class has to explain what national liberation content there is for Southern workers who face their own state and not a British one.  On this score, the answer to Boffy’s second question – “Has development in Ireland been held back, by foreign investment or has it been advanced?” – is that it has been advanced.

In the debate, Phil remarks that “In Ireland the pro-Moscow Sticks (Workers Party) supported imperialist investment for precisely the reasons you give. But the choice was not imperialist investment or no investment. Completely missing from that approach is the overthrow of capitalism. Not waiting until some magical figure of output has been reached and the industrial working class has grown to be a certain percentage of the population. All thanks to imperialism.”

Ignoring the irrelevant flourish of the last two sentences, and the fact that we are nowhere near approaching socialist revolution in Ireland, as a real, concrete and practical proposal in the here and now, in the sentence before these, Phil will know that it’s not just the Workers’ Party that supports multinational investment in Ireland – everybody does!

As the political joke goes, the difference between the Official Republicans and the Provisionals is merely a matter of timing; Sinn Fein do not now oppose this investment.  And neither does the social-democratic left, in the guise of the small self-proclaimed Marxist organisations, who signal their acceptance of this investment by proposing only that the low corporate taxation especially set to attract this investment actually is 12.5%; that the tax rate does what it says on the tin and is not lower than this headline rate.

The real question at issue is whether the struggle for socialism must be prosecuted under the banner of national liberation.  Those who say yes have taken last years’ centenary anniversary of the founding blow for national liberation as the guide for future action.  As I pointed out in a series of posts beginning with this one, the 1916 Rising did not itself pose a solution to the division of Ireland and neither has any nationalist or republican struggle since.

A purely democratic struggle or revolution could on paper offer a solution to the undemocratic abomination that is partition and the sectarianism that passes both for the problem and the solution in the North.  A truly democratic platform would be enough to indict the colonial Northern state but what would it offer to Southern workers.  Even a classic capitalist democracy in Ireland would destroy sectarianism and destroy the power of reactionary unionism but it would offer little to Southern workers.

What is required in Ireland therefore is the strengthening of the working class, and the prominence today of foreign capital, and the country’s history and current reality of foreign state intervention, should make it blindingly obvious that the alternative is not any sort of nationalism, under the banner of ‘anti-imperialism’ or not, but the international unity of Irish workers with their class brothers and sisters across Europe.  The idea that Irish workers will overthrow Irish capitalism because they want to get rid of foreign imperialism is utter nonsense.  Southern workers won’t go to war to fight British imperialism in the North and they won’t go to war to drive out multinational companies.

The stages involved in increasing the strength of the Irish working class include building stronger and more active trade unions; cooperative production that visibly heralds the alternative to capitalism, and a working-class party that expresses the best impulses to political independence among Irish workers, no matter how under-developed that may currently be.  It also means clarity on the nature of Irish reality and the lessons to be learnt from the history of the Irish and international socialist movement.

16 thoughts on “Imperialism and Ireland”