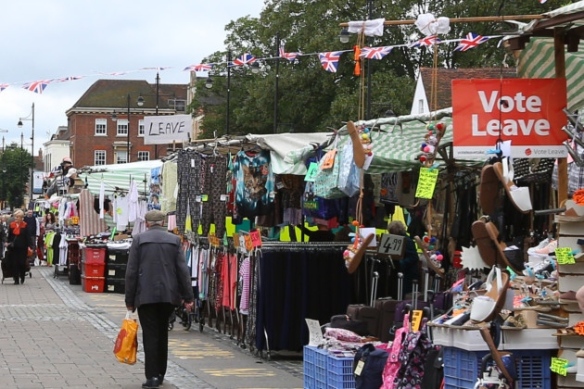 In response to Brexit a call has gone up for a progressive alliance of the Labour Party, Greens, Liberals, SNP and Plaid Cymru.  However, not only is such a call fixated on parliamentary numbers, which after all isn’t an inconsequential consideration, but more importantly it is politically illiterate and dangerous.

The Liberal Democrats are fresh from giving a leg up to the Tories through the ConDem coalition and partook in the harshest imposition of austerity that almost everyone seems to believe contributed much to the Brexit vote among workers.

The Greens are in open competition with Labour and cause many people no end of confusion about their apparently more radical policies on certain issues.  This confusion arises in those who have no understanding of politics as fundamentally constructed by class and by some on the radical left who have no organic relationship to the working class but substitute a series of single issue campaigns for this in order to give them a milieu in which to operate.  So long have they been doing this that some then come to judge the Greens on their purported position on these single issues they spend their political lives pursuing.

Marxists may call the Green movement petty bourgeois, which may seem insulting or simply untrue of the class background of many Green members and supporters but there is no reason for believing that they are any different than, for example, the Irish Greens.  When the Irish Green Party voted at their conference to enter Government with the main capitalist party Fianna Fail they cried, and then they cried again when they got hammered at the following election.  In between they bailed out the bankers when the banking system went bust, shifted the banks debts on to the Irish people for a couple of generations and inflicted damaging austerity on the Irish people to pay for it.  When it comes to more than single issues – when it comes to the state and the whole of society – the class nature of a party’s politics matters.

The SNP and Plaid Cymru are nationalists, and lest we forget it, it is nationalism which was and is the overarching ideology of Brexit.  Of course Scottish and Welsh nationalists will claim that their nationalism is not like that of the Tories or UKIP but then everyone thinks their nationalism is different from everyone else’s.  In the last analysis the only justification for opposing Brexit is that of workers unity across nations, of which the EU is the capitalist version but which forms the existing framework within which such unity is best advanced.  Nationalism inevitably puts forward the view that there is a national interest that comes first.  Such a view is compatible with membership of the EU but not with the interests and policies socialists seek to pursue.

The strength of nationalism in Scotland weakens the Labour Party and has strengthened the Tories who face a reduced threat from Labour without its phalanx of Scottish MPs.  This is as much a result of the rottenness of Labour as it is of nationalist strength but much of the Scottish left has run away from the task of fighting the former in order to facilitate building the latter.  Now that the Labour Party cannot be slagged off as ‘red Tories’ the role of nationalism is clearer and the role of left nationalism in preventing workers’ unity more evident and also more reprehensible.

This Left, which includes its English based supporters, has not stopped to ponder why a so-called move to the left in Scotland has led to an SNP administration supported by Rupert Murdoch while Jeremy Corbyn receives ridicule and scorn from Murdoch’s newspapers.  Yet, having just read the free book from Verso press, some of the New Left Review cheerleaders of this nationalist left are calling for Corbyn to follow the Scottish example!  In this they compare the SNP’s opposition to Trident favourably with the split in the Labour Party (mostly in parliament) but ignore the fact that the SNP want to shift Trident doon the road and Corbyn wants to scrap it.

The current case for unity amongst all British workers against Brexit and the xenophobia it entails could not be stronger and any left case for nationalist division could hardly be weaker.  From being in some sort of progressive vanguard even some nationalist supporters now seem to be saying the opposite – that Scottish independence is justified by it lagging behind English radicalisation (see Cat Boyd in the latest issue of ‘Red Pepper’).  It would appear, sitting from Ireland, that some would rather be failed Scottish radicals than part of a more successful British movement.  But this again is perfectly in tune with the left nationalist view that workers in Scotland and those in England & Wales have separate interests that cannot be reconciled, except perhaps with a good border between them.

A second approach to the Brexit vote is, in effect, to say – who cares about the answer, what’s more important is the pain.  So the alienation of marginalised and excluded working class communities typically placed in North-East England has to be understood and not condemned and we must seek to relate to these workers.  In anything I’ve read it’s never very clear what it is that is different in what socialists should be saying to these voters to what it should be saying to the millions of workers who voted Remain.  The latter have been pilloried as belonging to some sort of cosmopolitan elite cosseted in decent jobs who can’t be identified as an object of a sympathy that verges on pity.  In fact the only part of the labour movement calling for a different approach to these workers is the Labour Party right wing who hypocritically castigated Corbyn for not giving 10 out of 10 to the EU but now want increased immigration controls that panders to the worst prejudices of Brexit voters.

Supporters of this approach, who call on socialists not to condemn workers who voted for Brexit, take their own moralistic view, seeing them as somehow more authentic than others.  It is on occasions like this that the Marxist approach of not moralising about politics at all means you don’t fall into either condemning or feeling sorry for them.  It should of course be easier to do this when it is appreciated that these workers are not solely to blame for voting Brexit and their role has generally been exaggerated.

Using the definition of class that categories us into A,B C1, C2, D and E one blogger has calculated that the majority of Leave voters were A, B C1 and while C2, D and E were more likely than others to vote Leave they were also more likely not to vote at all.  This writer also argues that if C2, D and E working class EU citizens had been allowed to vote the result could easily have been different.

This blog here makes the same case – that “while C2, D and E voters (or the poorest classification of respondents) voted in greater numbers in favour of Leave than their ABC1 counterparts – 64% to 47% – so-called ‘middle and upper class’ (or ABC1) voters provided 10,349,804 (59.4%) of the final 17,427,384 votes for Leave.”  In other words “a huge amount of C2DE voters very likely did not even show up at the poll, whether from disbelief or indifference—upwards of 48%, according to the projections. And when weighted for equalised proportional turnout (72%) for all social ‘grades’, the numbers seem to “confirm these two realities at once—with 46.35% of ABC1 and 53.7% C2DE voting for Leave, we see both the greater number of ‘working class’ votes for Leave and their incredible proximity to votes from higher echelons .  . . That is to say, while there has been much hemming and hawing about the retrogression of ‘working class values’, all things considered, the result actually owed itself to a cross-class alliance for the ages.”

And this is true whether one accepts, or more accurately, does not accept the objectivity and truthfulness of this way of categorising the population.  Of course the argument that the Remain vote was also “a cross-class alliance” can be made.  But the starting point for determining one’s position on the referendum is, what is the nature of the issue and how can working class interests best be defended?  Taking an independent view of the question doesn’t mean ignoring what other forces are doing but it does mean identifying the working class’s independent interests.

There is also the rather more obvious fact that the cross-class alliance of the Leave campaign was led by UKIP and the most right wing elements of the Tory party who were behind a xenophobic, racist and anti-immigrant campaign.  On the other hand Jeremy Corbyn explicitly refused to become part of an inclusive campaign for Remain consisting of Tories and Liberal Democrats.  For his trouble he was variously ignored or pilloried by the media and slaughtered by the majority of Labour MPs when defeat gave them an opportunity to use this as an excuse for their coup against him.

The essential point that has been made however is firstly that many workers did vote for Brexit, from reactionary motives, and this is a problem.  If like me you come from the North of Ireland you will have absolutely no difficulty in accepting and recognising that many workers are reactionary. The problem in Britain isn’t new there either.  Secondly, the question is, with what social force do you address this?  And the answer is by building upon those opposed to xenophobia and racism who have rejected appeals to nationalism.  In other words the working class component of the Remain voters.

Unfortunately some on the left have decided that Brexit is not so much a problem as an opportunity and believe that what matters is not the reactionary politics that motivated workers to vote on xenophobic lines but that these workers are alienated and oppressed.  In other words, the problem is more important than the solution and the question is more important than the answer.  Their saving grace, if this is actually the case, is that this doesn’t seem to mean very much in terms of their political approach – they continue to peddle the same politics as before.

In the next post I will identify some mistaken views that seek to relate to those workers who voted Brexit – as if they should be the starting point of an alternative.

1 thought on “Crisis? What Crisis? part 4 – a progressive unity against Brexit”