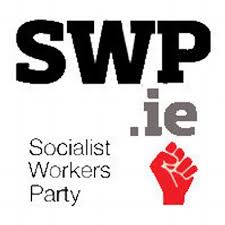 A friend sent me a link to an article he thought was dreadful saying it might be worth me replying to.  By coincidence I had looked at the site on Sunday to see the latest on what the Socialist Workers Party was saying and thought I would read one of the articles.  I saw this one but thought I wouldn’t waste reading yet another article on the revolutionary party.  Read one you’ve read them all.

Of course being bad isn’t necessarily a good reason to review something but I read it in my lunch break anyway.

Having done so I thought that it really is woeful and although it makes some unremarkable decent points these are put in the service of an argument so flabby it barely evokes disdain.  Lots of questions are raised but only in the question-begging sense and all the real difficulties are avoided.  Like when was the last time a party that could reasonably call itself revolutionary was built in Europe?

The article gives three reasons “why a revolutionary party must be built.”  The first is to “bring together activists from Clondalkin and Ballyfermot, Artane and Dun Laoghaire, Cork and Sligo, Wicklow and Wexford.”  The author has in mind the recent anti-water charges campaign but also recent strikes. “Without a party the tendency would be just to sit back as individuals either cursing at the TV or worse being influenced by it.”

A revolutionary party will tell workers not to trust their trade union leaders.  Their activists will provide workers with good arguments against racism because they have “people who know the facts, the history and the arguments.”

Why you need a party for activists to unite, in the water charges campaign for example, is not explained. In fact pretty obviously you don’t need a party, never mind a revolutionary one, you just need a democratic campaign.  Unfortunately the anti-water charges campaign never became such an organisation, which it should have been the priority of socialists to create.

Why you need a revolutionary party so you don’t sit on the couch and swear at the TV is beyond me.  I recall the SWP standing one of its leading members for leader of Ireland’s biggest trade union SIPTU but his manifesto never mentioned social partnership and the policy of open collaboration of the unions with the bosses and the state.  One part of history with its arguments and facts the author appears to have forgotten.

The second reason for needing a revolutionary party is that “forming a left government is, in itself, not enough.” The working class has to “move towards revolution and smashing of the capitalist state.”  Were I an innocent abroad I would wonder why the SWP, as part of People before Profit, stands in elections with a programme totally devoted to winning governmental office.  Because if it doesn’t the manifesto doesn’t make any sense.  No mention in it of distrusting the capitalist state never mind smashing it.

The final reason is that while revolutions may break out spontaneously they don’t succeed without a revolutionary party.  The author gives the example of the Irish revolutionary process between 1919 and 1923 and “the counter-revolution” that betrayed the 1916 rising.  A perfect example of what is wrong with the whole article.

Between 1919 and 1923 there was no socialist revolution to betray and 1916 was no such a revolution.  More facts and history misunderstood and arguments I take to task here, here, here and here.  To be fair to the SWP I don’t recall reading any left wing group doing anything other than paint the 1916 rising in colours of red that it didn’t display at the time.

The reason a revolutionary party is needed in a time of revolution is apparently because the working class will not have a uniform level of political consciousness.  And this is true.  What we don’t get explained is how the majority of workers will develop revolutionary consciousness.  It is this problem that I have been looking at in my series on Karl Marx’s alternative to capitalism.  And this is the real problem, given the total lack of real revolutionary challenge to capitalism for nearly a century.  In some countries, including Ireland, the challenge has never occurred or even looked likely.

The real deficiency with the hastily constructed article is the avoidance of this problem coupled with a view that a revolutionary party will be built by groups like the SWP.

Any movement of the working class capable of building a challenge to capitalism, that at some stage will achieve its overthrow in a political and social revolution, will be created over decades. It will involve political radicalisation that can only be the result of profound and lasting strengthening of the working class not simply in ideological or political terms but through its developing economic and social power – proving that ideas and politics reflect the economic and social development of society.  In short – the working class and its radicalisation will create the mass workers party capable of revolution and not small organisations.

This is what Marx meant by “the emancipation of the working classes must be conquered by the working classes themselves.”  The alternative conception of the SWP is of a crisis in which workers search for a solution and a revolutionary party becomes big enough to convince them to follow it in overthrowing capitalism.  It is not the result of a long-determined objective of greater numbers of workers based on their prior accumulation of economic, social and political weight in society that culminates in the conquest of political power.  Instead it becomes a question of accumulating, not this power, but the cadres of a small but ever-increasing organisation.  This prognosis becomes ridiculous when the smallness of the organisation reveals itself clearly to be inadequate to this historic task.  And the SWP author cannot help betraying this reality.

He claims that there is substantial radicalisation of the working class in Ireland North and South and that significant progress can be made in building a revolutionary party.  The first slip is to fail to define ‘significant’ and the second is to assume that the SWP is that revolutionary party.  The final one is the conclusion to the article where the task is reduced to recruiting individuals and having regular and interesting meetings.  In between is the attempt to buttress the first claim by pointing to the anti-water charges movement and the marriage equality referendum victory in the South.

As the author says, the anti-water charges movement reflected not only anger at this measure but also at the economic crash, the bank bail-out, wage cuts, the USC, Household Charge, community cuts, health cuts, housing crisis and “everything else”.  However the “water charges were a piece of pain that the working class felt it could do something about.”  However if we were really approaching the creation of a mass revolutionary party then this would simply not be the case.  The working class would feel it could do something about all these other injustices and would reflect its knowledge that it really did have the power to do something about all of them.

The anti-water charges campaign has led to no cumulative mass organisation of workers able to take up the other attacks.  The marriage referendum involved a democratic question that did not question capitalism so why would it lead to mass socialist radicalisation?  In the North the case for radicalisation rests on flimsy evidence that amounts to a few strikes, “small campaigns” and the election of two PbP candidates to the Stormont Assembly.  It therefore has to ignore the failure of the strikes, the smallness of the campaigns and the continued dominance by two sectarian parties one of which has ideological views about gay rights, women’s rights and evolution that might embarrass Donald Trump.

This overestimation of the significance of current facts is testament to a small organisation that thinks it has made it big, which it has in comparison to its previous history and others on the left, but which retains a narrow view of the world that ultimately reflects its still limited position in society.  The small mindedness of its politics is the failure to appreciate just how far away we are from revolution being on the agenda.  A cause for despair only if you fail to appreciate the facts, fail to understand history and have no arguments as to how revolutionary politics would be relevant in a prolonged non-revolutionary situation.

The SWP author is right to note that in Ireland there is no mass social democratic or Stalinist parties.  It is therefore the case that formations like the SWP/PbP and the similar Socialist Party/Anti-Austerity Alliance can potentially play a much more significant role in advancing the political organisation of the working class.  However to do this they will have to discard the narrow sectarian practices of the past, and face up to the more difficult questions that they face.  To do this would mean a truly revolutionary evaluation of their political history, the arguments they have unthinkingly relied upon and the real political facts of Irish society and its place in the world.  This article shows how far they are from carrying out such a task out and ironically how far they are from any sort of revolutionary party.

4 thoughts on “Towards a Revolutionary Party in Ireland?”