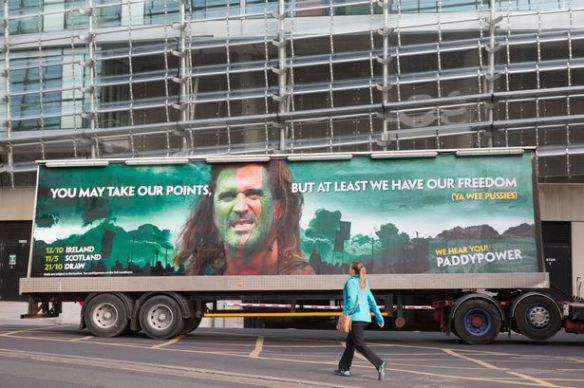 When Irish unionists claim rights to self-determination history has shown that this is not a claim for equality but a claim on behalf of sectarian supremacy – a claim to the right to inequality.

But, the question can be put, if socialists regard self-determination as a means to facilitate the voluntary unity of nationalities surely a united Ireland will itself involve the forcible suppression of Protestants and of Protestant workers?  This would mean that while Irish unionism has no legitimacy the alternative of a united Ireland is also not one that socialists can support?

Some on the Left have stopped there, accepted this, and said that the only solution to the question of democratic national rights in Ireland is therefore socialism.  This tends to come from those for whom every thorny problem is solved by the invocation of socialism.

Workers’ opposition to mass immigration? A socialist society with full employment, great public services and housing would deal with objections.  Economic crises, with periodic mass unemployment and cuts in living standards? A socialist society!  Women’s oppression and racism? Socialism is the answer.  Workers’ passivity in the face of their right wing leaders’ betrayals?  A revolutionary party with a socialist alternative.  Sectarian division?  Workers unity around a socialist programme!

Such solutions are not so much an answer to a specific problem as an invocation that the problem would simply go away if it were made not to exist. It invokes an alternative reality and not an alternative set of policies to get there.  It says that the problems and challenges faced by workers are solved by socialism when in fact the reality is the reverse – socialism is created by workers.

This means working people being persuaded and organised to present answers to all these different questions, not invoking an idealist formula disembodied from those whose conscious actions alone can bring them about.  And the only people who can do this are working people themselves, with those who are socialists attempting to advance this process.

In the case of Ireland, the point of opposing self-determination for the Protestant Irish in the North is that such a claim is not compatible with workers’ interests.  It is not an invitation to violently impose a united Ireland.  Its purpose is to explain that the claiming of such rights is reactionary.  It is meant to identify unionist and loyalist ideas and movements as right wing by virtue of the demands they hold most dear.  In this sense the demand for a united Ireland is not one taken up despite the Protestant population but because of it, because it is they who are most saturated with reactionary sectarian and imperialistic ideology.

Treating it as a sanction to pursue an armed struggle against the wishes of the artificial majority in the Northern State is part of the Irish republican liberal understanding that there are rights which, if they exist, should be exercised regardless of any considerations of the reality in which they are supposed to be grounded.

This means for example that armed struggle by republicans is justified by the principle of the right of the oppressed to fight their oppressors by any means necessary, without stopping to ask ‘by any means necessary to achieve what?’  It means rights asserted as abstract principles without regard to efficacy or morality.

Socialism on the other hand is based on workers’ interests and needs grounded in the world they live in and not of abstractions that efface these needs and interests.

Opposition to Scottish independence by socialists can therefore only respond with bemusement to nationalist claims that every other country to achieve ‘independence’ has not wanted to go back, so that it can’t therefore be such a bad idea.

Well how many of these countries are really independent, of the requirements and pressures of capitalist globalisation for example?  How many of the workers in these countries have had their basic needs and interests resolved by the ‘independence’ of the countries they live in?  In what way does the principle of separation of itself address these problems; meaning have these nationalists really considered the alternatives; meaning also that if they have, this particular argument is not really one of principle at all.

The nationalists who claim that there are 200 or so nation states in the world – why has Scotland to be different – might want to ask how this world of nation states has fared in the twentieth century and whether it has been such a good way to order the world’s affairs.  Or have two world wars taught nothing?  Perhaps a look at the character of many of these states might make one think twice that this model is one to emulate.

When it comes to the demand for a united Ireland such a demand is both abstract and unrealistic outside of its insertion into a social and political struggle that understands it, not as the demand for a new Irish capitalist state, but as a means of reducing division; including by rejecting sectarian claims to state legitimacy and power by the Protestant population and rejecting the intervention of the British state to uphold such claims.

But it also means rejection of all the other ways in which division is imposed, including sectarian organisation of education and other state services both North and South, religious imposition of restrictions on women’s rights, sectarian employment practices, sectarian political arrangements such as Stormont and state sponsorship of armed sectarian paramilitary outfits.

It means building alternative centres of working class identification and power including a non-sectarian and anti-sectarian labour movement, trade unions and political parties, democratic campaigns, and workers cooperatives where workers livelihoods directly depend on their working together.

This socialist agenda is light years from nationalist answers. By understanding this workers might be able to see that the arguments of nationalists, their claims for rights that do nothing for workers, and their claims to address grievances which are either spurious or actually derive from class oppression are false.