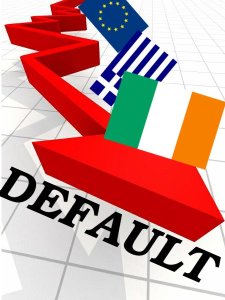 The key argument of the Yes side in the Austerity referendum was that if there wasn’t a yes vote the state would lose access to the European Stability Mechanism (ESM) needed for a potential second bail out and the ATMs would run dry.  Much of the No campaign responded by saying that we could get access to the ESM, especially if the Government made this a condition of supporting the Treaty changes necessary to allow it to come into force; that the EU had promised to continue to support the Irish State; that anyway it could get money from the existing European Financial Stability Facility until June 2013 or it could access funding from the IMF.

You should know you’re in trouble when you’re putting forward the IMF as a solution.  Just what would the IMF or the EU, or anyone else in a position to do so, ask for in return for a new loan but more austerity?  As an alternative to austerity a new loan made about as much sense as another pub crawl for an alcoholic.

The alternative put forward by the left, which did not feature enough in the campaign, was defaulting on the debt so that the necessity for getting a new loan and suffering austerity to repay the existing ones was reduced.  The argument put forward for this was clear, logical and appealing.  We, the workers, should not pay these debts because these debts were not ours to repay.  We didn’t take out the loans so why should we pay them back?  The gambling debts of the bankers and property developers are theirs to repay.  If European banks were stupid enough to lend money to stupid and reckless Irish banks that lent to stupid and reckless developers then the rules of capitalism say that you take the downside of the risk which you claim justifies your reward.

But there is a problem.  Actually there are two problems.  The first we dealt with in our post on the referendum result.  Most Irish workers knew these arguments and enough of them either discounted them for what they thought were stronger ones or didn’t think they could challenge the forces gaining from paying off the debt – the bankers, developers, Irish State, EU, IMF, US etc.  In our article we stated that in an important way they are correct.

Marxists believe that it is not ideas that fundamentally shape the world but the economic and social forces that shape peoples’ lives and also shape their world view.  No matter how good a Marxist argument or idea is, if the capitalist reality is not challenged by a stronger reality the Marxist argument or idea will not prevail.  This is what the referendum result taught us.  The lesson is that we must create a new reality, one based on working class economic, social and political power if we are to hope to win battles like the austerity referendum and ultimately overcome capitalism.

But this also has implications for the Marxist argument itself.  For if political ideas and arguments are   ultimately only as good as their correspondence to reality and this reality does not currently allow victory for the working class then in what way is the argument presented above deficient?  We should want to know this so that we can clarify our arguments and our programme the better to fight for our ideas inside the working class and help create this new reality.

When we call for repudiation of the debt, what do we mean?  In 2011 total debt equalled 494 per cent of national income, which at the end of the 2010 was roughly €129 billion, so that the debt was roughly €637 billion.  Paying off all this debt, even over 25 years, would lead to a depression which would make the 1930s look like the Celtic Tiger.  No one is seriously suggesting it.  In fact no one would even think of it.  This obvious inconsistency of treatment between public and private debt is a question not just for the ideological advocates of austerity but also for us.

I recently attended a meeting at which I asked why Marxists saw public debt as so very different from other debt, as do the ideologues of the right.  The best answer I got was that there was an assault on working people and their social wage as a result of the government’s austerity agenda which focussed the fight to defend working class interests.   And all this is true.  But it is also true that the financial crisis is not just one of the insolvency of the State but also of the banks which have lent to workers and to businesses.  It is a generalised economic crisis in which the debts of the state are smaller than private debt held by households and businesses.  The share of debt belonging to the State last year was roughly 28 per cent of the total, that of households 30 per cent and of businesses 42 per cent.

Such is the level of indebtedness of the Irish economy that ‘deleveraging’, or paying down these debts, is a necessary part of the system returning to some sort of normality (whatever that is).  There has therefore been a credit crunch and businesses have complained of difficulty in getting loans and those wishing to buy houses, even in seemingly sound financial circumstances, have also found it extremely difficult.  The austerity imposed on households and businesses, just like that imposed to solve the State’s debt crisis, has led to unemployment, reduced incomes and the very real threat of repossession of homes.  These are consequences every bit as severe as many of the measures required to reduce the public debt.  Yet are there calls to repudiate the debt of households, the self-employed and small businesses?  Why not?  The consequences for working people, as I have said, can be equally dramatic.

This may seem an abstruse, pedantic or simply irrelevant point in the context of a political campaign against austerity imposed by the government but I want to make a point which is relevant to it, even ignoring for the moment the issues raised by the exploitation of working people by their entanglement in private debt.

The argument that has been employed by the left has been that workers should not pay for the debts of the gambling banks.  This is a powerful argument that has robbed many of illusions in the current arrangements, albeit they do not see it as being the result of a fundamental flaw of the capitalist system and as yet see no alternative, certainly not one that rests in their own hands.

When the crisis exploded in September 2008 the left denounced the proposed bail out of the banks with workers’ money given with the blanket guarantee.  Even capitalist commentators were simply astounded at its generosity to the banks.  But it went ahead.  So what part of the existing debt is now a direct result of bailing out the banks?

There are different figures for the debt quoted by different authorities at different points in time and having very accurate figures depends on the assumptions made, for example whether to include potential losses in NAMA or whether there are further losses coming down the track from the banks.  All this is very important but not for our purposes where tolerably accurate amounts are only required to make the point.  Before the crisis the debt was €47 billion.  Annual budget deficits between 2008 and 2015 will have generated around €99 billion of borrowings and further borrowings of €13 billion were held in cash at the end of the year.  On top of this the bank bailout will have cost €47billion, making a total debt of €206 billion. (Figures from Seamus Coffey in ‘What if Ireland Defaults?’, Orpen Press 2012)

On the other hand the economist Karl Whelan on his blog has stated that the total outlay and commitments to the bank bailout will be €63 billion.  It is not necessary to try to reconcile the two amounts since they are not measuring the same thing.  For example Whelan’s total includes €20.7 billion invested in acquiring ownership of the banks using money from the National Pension Reserve Fund.  It is a cost of the bank bailout but it did not in itself result in creation of debt.  The state spent €28.1 billion buying shares that Whelan believes are scarcely worth €9 billion now, which will be a loss to the taxpayer but also not a debt.  This underscores the reality that while socialists opposed the bank bailout of September 2008, its implementation  has resulted in losses which have already been paid by workers but do not sit as debt on the State’s balance sheet.

Some of the cost is still in the process of being foisted on the working class taxpayer, such as the €31 billion of promissory notes to ‘save’ a dead bank, Anglo-Irish, now renamed the Irish Bank Resolution Corporation.  In reality the only people saved have been its bondholders.  We now have to pay the money back through tax increases and expenditure cuts which will generate the money to fund payment of the promissory notes to the local branch of the European Central Bank, the Central Bank of Ireland (CBI).  The CBI lent the money to the State to save these bondholders in the first place and will, when it is paid back to them, ‘retire’ the money, or burn it (figuratively speaking).  So much for the rationality of capitalism.

So when socialists say repudiate the debt of the bankers this neither includes all the debt nor all the cost of the bailout.  When it is demanded that the bondholders be ‘burned’ the boat has really been missed on this one.  The bondholders have been saved and the working class of Ireland has had its pension savings robbed and been saddled with enormous debt.